A Slip Occurs When Walking Across Three Cities

Has curated shows involving modern Western painting across five East Asian regions from the first half of the 20th century, including the Japan Colonial Era, such as, “Exhibition of East Asian Modern Painting” (1999/Shizuoka Prefectural Museum of Art), “Shinohara Ushio: Boxing Paintings and Motorcycle Sculptures” (2005/The Museum of Modern Art, Kamakura & Hayama), and “Reappreciated: Korean and Japanese Modern Artists in the Korean Peninsula, 1890’s to 1960’s” (2015/The Museum of Modern Art, Kamakura & Hayama).

Hold an exhibition that revisits 100 years of people's stories across Tokyo, Taipei, and Seoul (Gyeongseong)

In post-war Tokyo, Taipei, and Gyeongseong (Seoul), there was the Tokyo Imperial University, and in Tokyo the only art university (Tokyo School of Fine Arts). From the perspective of institutional history, there were Japanese on the teaching side and colonized on the learning side. Yet in actuality, there were lives that did not follow this one-way path. This exhibition will free history from the institutional perspective to follow a raw history that mixes into and goes beyond the era and time itself. 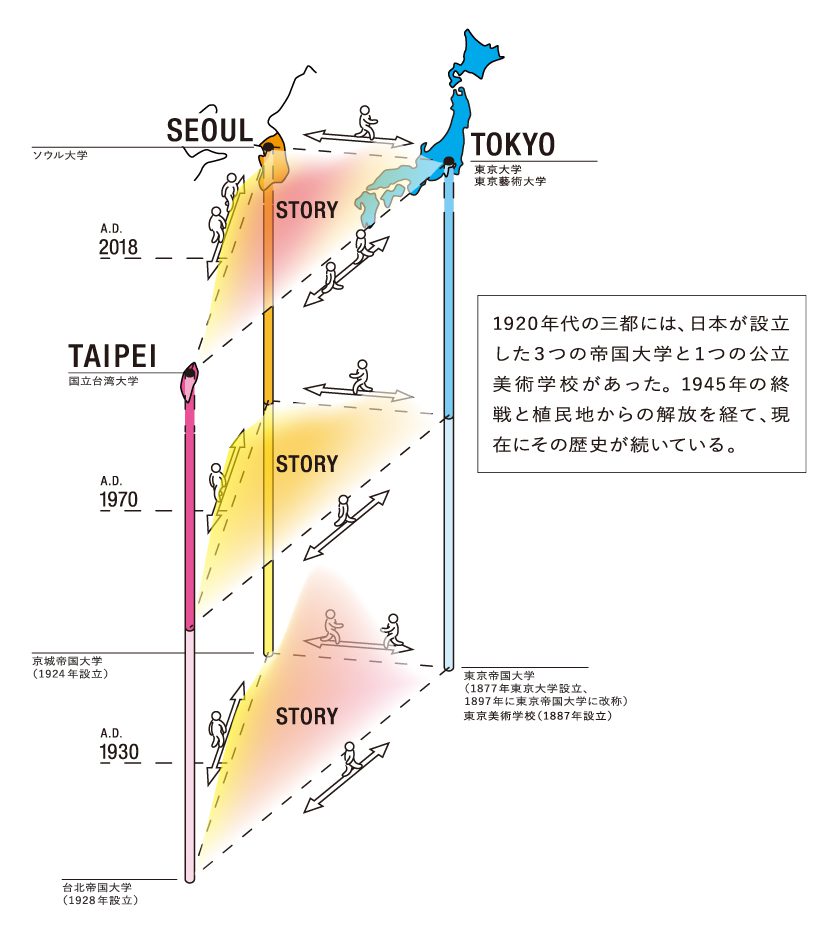