Founded Lion Architects Co., Ltd. in 2008. Implements renovative town-building in areas of decline across Japan. Through the success of renovative town-builidng in Kitakyushu Uomachi, received the “Ministry of Land, Infrastructure, and Transport Award” and “The Prize of AIJ for Education Award for Outstanding Practice”. Was selected second place in Nikkei Architecture “Architect of the Year 2017”.

The 1964 Summer Olympics marked the beginning of contemporary city life in Tokyo. All of us gained hard, but wonderful lives through the city’s infrastructure. Yet, are we using it to the fullest? In order to take full advantage of the 1964 legacy, the Tokyo Expressway, directly connecting with the greater Metropolitan Expressway, will give rise to a “pedestrian paradise” in Ginza made fully public for the city’s inhabitants. 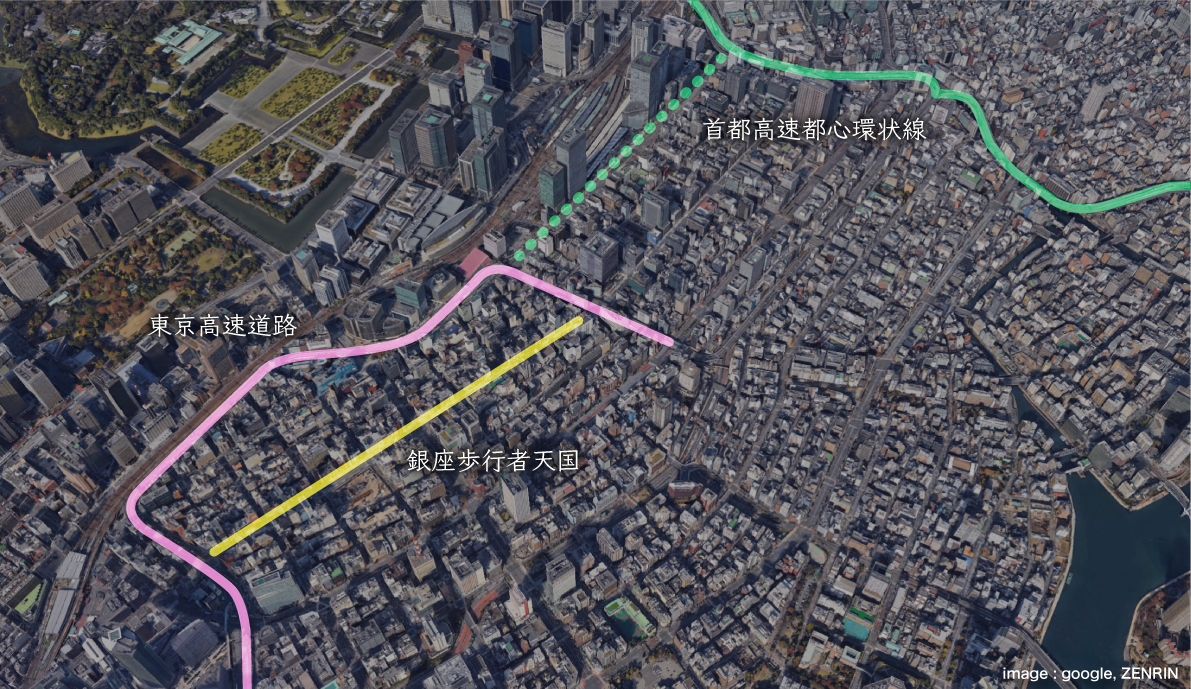 Takenori Miura (STARPILOTS)
Born in Tokyo in 1974. From big to small, engages in all kinds of planning, including shared offices and shooting studios. Won the Good Design Award for “Michinoeki FARMUS Kijimadaira”, as well as the 2016 “Toumon Architectural Society Special Merit Award”. Has written literature including “Okoranakatta sekai ni tsuite no monogatari” (Transl. “Story about the world that never was”), “Kossori kossori machi wo kaeyou” (Transl. “Let’s slowly and quietly change our town”), etc.

Masahhiro Nakamura (tsukuruba inc.)
Born in 1984. Graduated from Tokyo Institute of Technology with a graduate major in Architecture and Building Engineering. Serves as a real estate developer, holds a museum design office, and has founded an environmental NPO. In 2011, became the joint founder of space invention company, tsukuruba inc. Continues to develop design that crosses with fields of business and technology. Holds a position as part-time professor at Showa Women’s University.

Midori Segawa (Studio Tokyo West)
Born in 1989 in Tokyo. Graduated from Japan Women’s University Faculty of Human Sciences and Design. Went on to complete a graduate degree through Yokohama National University Graduate Program Y-GSA. Runs a multiple location based network sharing community, “”anmonaitsu””, which places two sharehouses between the Kichijoji – Nishiogikubo area as its core. Currently engages in area management across the nation. Serves as adjunct professor at Dokkyo University Department of Economics.